Hannah O’Neill, Première danseuse at the Paris Opera Ballet and Prize Winner of the Prix de Lausanne 2009, will perform the Hungarian variation of Raymonda during the Interlude of the Finals.

The dancers Albert Nikolli and Leoannis Pupo-Guillen, from the Lyon Opera Ballet, will perform Critical Mass, a choreography by Russell Maliphant (music composer: Richard English and Andy Cowton). The piece was originally performed by Russell Maliphant himself together with Robert Tannion. 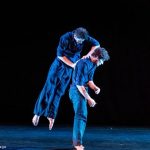 The Lyon Opera Ballet, independent since 1969, is currently composed of 30 dancers. The company is directed by Yorgos Loukos since 1991 and possesses 117 pieces in its repertoire, including many creations. The repertoire is rich and varied: Jiří Kylián, William Forsythe, Mats Ek, Maguy Marin, Merce Cunningham, Trisha Brown, Lucinda Childs among others. The Lyon Opera Ballet is also one of the most invited companies around the world, with numerous tours in America, Asia and Europe. 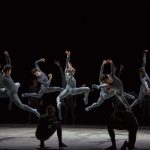 For the second year in a row, the Interlude will end with a world premiere performance by the Choreographic Project’s second edition participants. The Prix de Lausanne will welcome some of the best students from 13 of its partner schools to be part of this unique collaboration. In 2019, 26 dancers will work along with the Dutch choreographer Didy Veldman for almost a week to learn and repeat her new creation.