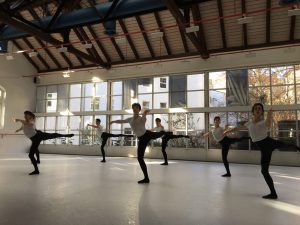 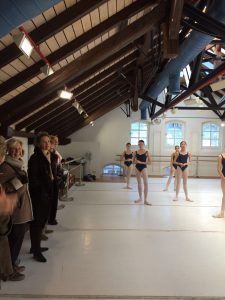 In the morning the group met Jan Broeckx (Director of Ballett-Akademie) for a tour of his school and to attend a morning ballet class for men (Bachelor grade 3 – aged 17 to 18), given by their Director himself! 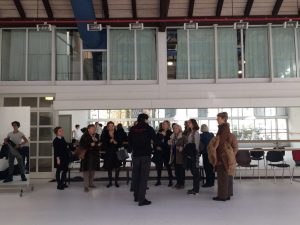 The Friends at Ballett-Akademie Munchen with Jan Broeckx

In the afternoon, the Friends went to visit the Staatsoper to attend a rehearsal of the “corps de ballet”, men only, for the upcoming Spartacus production! The rehearsal was directed by Igor Zelensky, Director of the Bayerisches Staatsballett.

During this rehearsal, the Friends had the chance to catch up with Prix de Lausanne Prize Winner 2013 Wentao Li! The young dancer won an apprenticeship for one year at Dutch National Ballet Junior Company thanks to the Prix, he was hired by the Dutch National Ballet main company before  joining the Bayerisches Staatsballett as a Soloist in September 2016. 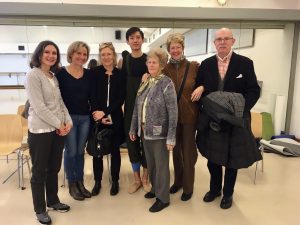