The registration for competition 2018 is now open!

Get ready for Prix de Lausanne 2018

Registration for Prix de Lausanne 2018 is now open!  First of all, please read carefully the new “Rules and Regulations” and the “Competition Procedure”. Then, you have until September 30th, 2017 to fill in the form. Finally, you will have until October 22nd, 2017 to submit your video recording. 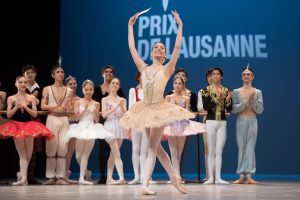