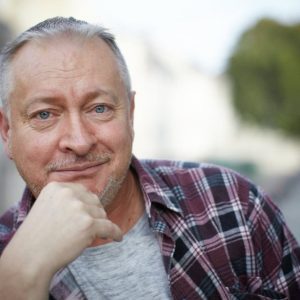 « The event represents a veritable stepping stone for the careers of these young talents. There are courses, practice sessions and coaching sessions with some of the best-known representatives of our discipline. And what I rate as very positive: the activities around the prize are open to the public. This transparency creates both, trust and a good publicity for our beloved art form, dance. »

Richard Wherlock was born in Bristol (GB). After studying at London’s prestigious Ballet Rambert School, he joined their company as a dancer. Wherlock was Ballet Director at Hagen Theatre in Germany from 1991 to 1996, then spent three seasons as Director of the Lucern Ballet before moving to Komische Oper Berlin as Artistic Director and choreographer of the Berlin Ballet.

He has been Director and head choreographer of the Basel Ballet since the 2001/2002 season, and Artistic Director of the renowned festival «Basel tanzt» from 2004 to 2009. He created numerous choreographies for the Ballett Theater Basel. As a choreographer he worked for numerous companies worldwide and realised various film projects. In 1999 he was nominated for the international dance award Benois de la Danse.
He was co-founder of SiWiC, a Swiss international advanced training course in choreography from 1997 to 2011, and Richard Wherlock’s choreographies are regularly danced by participants in the prestigious Prix de Lausanne.

Wherlock’s particular interest lies in supporting talented up-and-coming dancers and choreographers. He serves on the juries of numerous international dance and choreographic competitions. The city of Basel has dedicated a plaque to Wherlock on the Spalenberg “walk of fame”, where he appears alongside other Basel personalities such as Roger Federer or Jacques Herzog and Pierre de Meuron.