Named Étoile at the Paris Opera Ballet in 2002, Clairemarie Osta received first prizes in ballet from the Conservatoire National Supérieur de Paris and the Conservatoire Régional de Nice and was the tap dancing champion of France as a child. She won the Grand prix in the Mediterranean Competition in Grasse (France) together with the Prix de technique and interpretation and the senior Bronze medal in Varna (Bulgaria).

Clairemarie Osta has worked with Rudolf Nureyev, Carolyn Carlson, John Neumeier, Jiri Kylian and Jerome Robbins and has inspired numerous choreographers that have created roles especially for her. As such, Roland Petit wrote the role of Marie in Clavigo and Angelin Preljocaj that of the awakening in Siddhartha. Other roles would come from Benjamin Millepied in Amoveo, Mats Ek in Appartement, and William Forsythe in Pas-Parts. For Jean Claude Gallotta, she would be the bride of Nosferatu, and for Nicolas Le Riche, Lune in Caligula. In 2008, she played Anaïs Nin in the short film Anaïs Rushes, by Clara Ballatore.

In 2012, the documentary Les Adieux (A.Dreyfus) retraced preparations for her final performance at the Paris Opera in the role of Manon in I’Histoire de Manon by Kenneth McMillan. One year later, she was named Director of Choreographic Studies at the Conservatoire National Supérieur de Musique et de Danse de Paris. 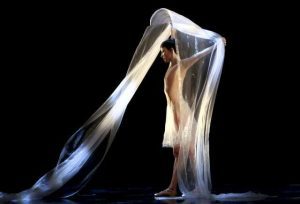 In 2014, Clairemarie Osta performed M. & Mme Rêve by Marie-Claude Pietragalla and Julien Derouault before travelling throughout France with the production of ltinérances, directed by Nicolas Le Riche. As part of a body of work commissioned by the Théâtre des Champs-Elysées, Nicolas Le Riche created her solo in Une Après-midi… set to the music of Claude Debussy, and a role in the duo Odyssée set to music by Arvo Pärt, which would become the subject of a short film directed by Vincent Perez in 2016.

In 2016, she and Nicolas Le Riche created PARA-II-ELES, a poetic dance performance set to music by Matthieu Chedid as part of the Transcendances program at the Théâtre des Champs-Elysées, which then went on tour. Clairemarie Osta has presided over the jury for the Nijinsky Competition in Deauville for three years and also serves on juries for the Prix de Lausanne and the Tanzolymp in Berlin and as jury member for PhD degree in University.

She is part of the Association Française des Maitres en Danse Classique. She has been invited in Boris Eifman school in St Petersburg as a consultant.

As of January 2018, she is the Head of Ballet at the Royal Swedish Ballet School in Stockholm.
Clairemarie Osta is a Chevalier de I’Ordre de Ia Légion d’Honneur, Chevalier des Arts et Lettres and Officer de l’Ordre du mérite.