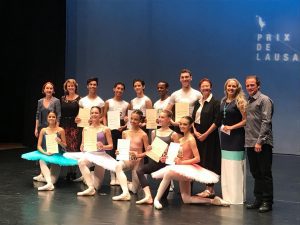 The finalists and the jury members ©StephanieCavallero

The South American preselection for the Prix de Lausanne 2020 took place this weekend at the Teatro Rio Vermelho in Goiânia, Brazil. Click here to see some photos!

This year, 56 dancers took part in this preselection. They were coming from many countries of the continent such as Argentina, Brazil, Mexico, Paraguay and Uruguay.

Congratulations to the three winners! 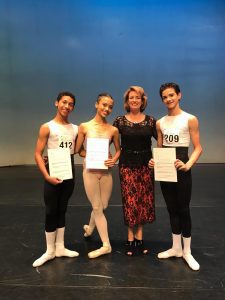 They have been awarded an all-expense paid trip to come to Switzerland and participate in the upcoming edition of the competition next February. The third Prize is awarded thanks to the support of So Dança.

We look forward to welcoming the three winners of this preselection in Montreux! We also wish to congratulate all the finalists and the participants :)