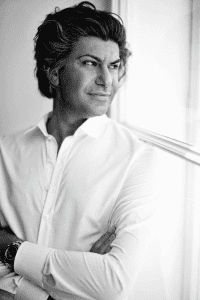 Invited by Yuri Grigorovich, Nikolai joined the Bolshoi Ballet in 1992, where he studied with Galina Ulanova, Marina Semyonova and Nikolai Fadeyechev. After a brief period in the corps de ballet, he became a Principal in 1995. Since 1997 Nikolai Tsiskaridze has regularly performed with the Mariinsky Ballet and in December 2001 made his debut at the Paris Opera as Solor in La Bayadère (by Rudolf Nureyev).

Since July 2011, Nikolai Tsiskaridze is a member of the President’s Council for Culture and Arts. On June 30, 2013 he left the Bolshoi Theatre and on October 28, 2013 was appointed acting principal of the Vaganova Ballet Academy. On November 29, 2014 he was formally confirmed as a Principal of the Academy.