In memory of Danièle Schild

The dance world has lost one of its good fairies, Danièle Schild, a loyal friend and figure of the Prix de Lausanne. Founder of the “Cercle des jeunes amis” in 2006 alongside her twin sister Nicole, we would like to express our sincere gratitude for her devotion and extraordinary energy. 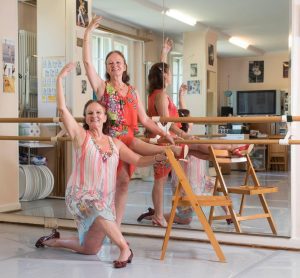 A respected dance figure of Switzerland, Danièle Schild passed away from cancer at the age of 69.

Passionate about dance with a glowing personality, Danièle will be remembered as a woman full of generosity and zest. Hundreds of dance students have taken her classes, and some have made a career in dance.

The wings of the Prix de Lausanne were like a second home to her where she volunteered her time for the “Club des jeunes amis” with her twin sister, Nicole. Just like her sister, Danièle was a dance teacher and knew the importance of passing on knowledge to the next generation. She directed the Fédération Suisse des Écoles de Danse (FSED).

Along with her twin sister, Danièle Schild trained in Lausanne with Mara Dousse and Jacqueline Farelly. The sisters then choreographed “Concerto pour deux jumelles” and performed in musical comedies in France. In Switzerland, they were hosts of a television show for children before taking on a dance school in Fribourg and after in Lausanne.