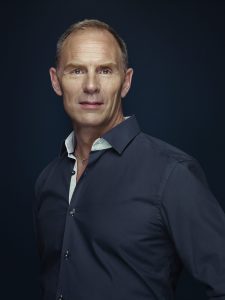 The Prix de Lausanne is one of the most important events for young ballet dancers in the world.It is unique in its focus on the artistic and technical development for the participants, rather than on the competitive element alone. I am proud and excited to be part of the 2018 Prix as President of the jury and look forward to discovering the ballet stars of tomorrow.

Ted Brandsen former dancer with Dutch National Ballet was appointed artistic director of West Australian Ballet in Perth in 1998. Since 2003 Brandsen is artistic director and resident choreographer of the Dutch National Ballet.
Brandsen has introduced and developed a number of important artistic initiatives. These include taking an innovative look at the full-length repertoire, presenting leading repertoires more widely throughout the Netherlands and introducing new world-class choreographers. In collaboration with the National Ballet Academy, he initiated a closer link between the dance academy and professional practice, and was involved in founding Dutch National Ballet’s Junior Company.
Under his directorship Dutch National Ballet organized its first international ballet conference Positioning Ballet, with over 100 artistic directors & influencers attending, in order to provoke thought about heritage, diversity and identity in the world of ballet.
In 2014 Brandsen was given the Merit Award by Stichting Dansersfonds ’79. The jury commended him for his business acumen, as well as for ‘determining the color, the atmosphere, the passion and the will – or rather necessity – to generate enthusiasm for the magic of dance in “outsiders” and let them participate in it’.
As a choreographer Brandsen created many works for various companies, both in the Netherlands and abroad, including Carmen (2000), for which he received the Australian Dance Award for Choreography, Pulcinella (2001) and Coppelia (2008). In 2016 he created the full-length production Mata Hari with great success.