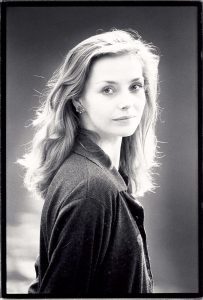 Stefanie Arndt received her education at the Hamburg Ballet Opera School. In 1983 she won the Prix de Lausanne and joined the company of Hamburg Ballet under the direction of John Neumeier. She became Principal dancer and danced all leading roles in the classical Repertoire as well as in the contemporary Repertoire. She worked with many leading choreographers and created several roles. Her work as a dancer has been honored many times.

In 1994 she joined Ballet Frankfurt as a principal dancer and collaborated and worked closely with William Forsythe dancing in all his major works. Since 2002 she is assisting and staging William Forsythe work all over the world.

Stefanie Arndt is a regular guest ballet mistress with The Semper Oper Ballet in Dresden and is working internationally as teacher and coach. She also has been assisting David Dawson and Jacopo Godani in several creations.