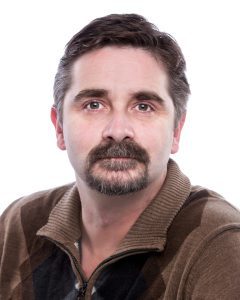 In July 2003, Australian Stanton Welch assumed leadership of Houston Ballet, America’s fifth largest classical ballet company. Since he took the helm of the company, Mr. Welch has revitalized Houston Ballet, bringing in new dancers, commissioning new works, and attracting a top-flight artistic staff. Mr. Welch has created works for such prestigious international companies as Houston Ballet, San Francisco Ballet, American Ballet Theatre, The Australian Ballet, Birmingham Royal Ballet and The Royal Danish Ballet. Mr. Welch was born in Melbourne to Marilyn Jones, O.B.E., and Garth Welch, A.M., two of Australia’s most gifted dancers of the 1960s and 1970s. In 1989 he was engaged as a dancer with The Australian Ballet, where he rose to the rank of leading soloist, performing various principal roles. He has also worked with internationally acclaimed choreogra­phers such as Jiří Kylían, Nacho Duato, and Maurice Béjart. In 1995, Mr. Welch was named resident choreographer of The Australian Ballet. For his contributions to the world of dance, he was awarded the Order of Australia (AM) in June 2015. For Houston Ballet, he has choreographed more than twenty works including a new full-length narrative ballet Marie (2009), inspired by the life of the legendary Marie Antoinette and spectacular stagings of Swan Lake (2006), La Bayadère (2010), Romeo and Juliet (2015), and Giselle (2016), and most recently premiered his opulent new production of The Nutcracker.