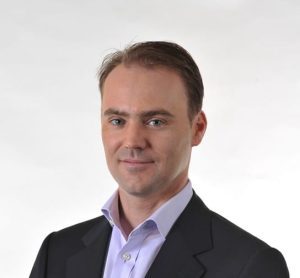 Olivier Glauser joined the Board of the Fondation en faveur de l’art chorégraphique at the end of 2016. This Swiss businessman – graduated from the EPFL – started his career in Silicon Valley. Currently living in China, he wishes to bring to the Prix de Lausanne his knowledge of the media and the Chinese market. He hopes to help in broadcasting the competition in China through live streaming and the proper social media channels of this country.

Far away from his native Switzerland, Olivier Glauser keeps a strong link with his country, particularly with Lausanne. Through his commitment with the Prix, he would like to contribute to the good standing of the event and the city abroad. The competition represents an attractive feature to get into the Chinese market mainly because ballet is a very well-appreciated art form there.

When one asks Olivier Glauser what brought him to the world of dance, he willingly tells his main experience with the art form: he performed on stage as a minor role for the Béjart Ballet Lausanne, « when Maurice was still alive »! As a young artist (improvised for the occasion and aged 18 at that time), his feelings are still vivid : « I had the opportunity to feel the emotion of a dancer on stage. Dance is a double effort: physical but also a performance. As for the body, it is an unbelievable display, the dancers are true athletes. I have an incredible memory of this episode. The joy of being on stage was greater each evening, show after show…».
The Prix de Lausanne is delighted of this new collaboration!

Olivier Glauser is currently the co-founder of Shankai Sports, China’s leading sports management and media, and is also an active angel investor. Olivier has 20 years of experience in technology and innovation development, management and investments in the United States, Europe, and Asia. Prior to co-founding Shankai Sports, Olivier was a Managing Director of Steamboat Ventures, the venture capital fund of the Walt Disney Company. Prior to joining Steamboat in 2007, Olivier had a 14 years career with Qualcomm Incorporated, the world’s dominant semiconductor company. Starting as an R&D engineer in its California headquarters, he led an engineering team which pioneered and designed the first high speed wireless 3G standards and authored several US patents. He ended up as head of international investments, where he oversaw, out of Beijing, a global team of investment professionals, and led venture capital investments in technology startups in China, India, Japan, Korea, Israel Europe, and the United States. Olivier received a Master of Science Degree in Communication Systems from the Swiss Federal Institute of Technology (EPFL) and an MBA from Harvard Business School. Olivier has been based in Beijing since 2003 and currently splits his time between China and Europe.