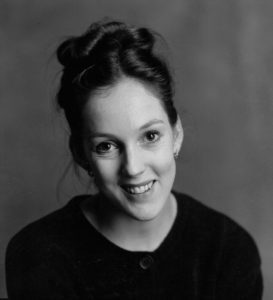 Born in London, she now lives in Geneva Switzerland with her family. Trained as a gymnast until the age of 14, she decided to divert her talent to dancing, and was then accepted at the Royal Ballet School in London.

Lucy Nightingale started her career in 1987 with Jorge Donn and Kevin Haigen at the Ballet de Vichy, which then led to a contract in 1989 with the Ballet Bejart Lausanne where she danced many of the choreographer’s main roles and creations.

She then participated in many performances with the company Linga before joining the Stadtheatre of Berne as a soloist in 1993. Her career continued at the Grand Theatre of Geneva in 1996, where she danced ballets from William Forsythe, Ohad Naharin, Twyla Tharp, Amanda Miller, Lionel Hoche, Pascal Riout and Michel Keleminis. Deciding to evolve in her art form as an independent artist, she then worked with Etienne Frey, Phillipe Olza, Carlotta Sagna, Guy Bothello and Laura Tanner. Her statute led to teaching for Dance Area, the Grand Theatre (Geneva), Alias Company, Nomades Company, Ballet Junior in Geneva and for the Young Ballet of Jean Martinelli in Nyon.

Lucy is now a teacher with the Conservatoire Populaire of Music, Dance and Theater in Geneva and the International School. She received the certificate as an expert in the CFC examinations in contemporary dance. Complete in her passion for dance, as an artist and pedagogue, Lucy explores the chorographic world and has discovered a love for pushing her limits in her own creations.

She mixes different artists together, different ages and universes, especially in her work with the visually impaired: Lucy created a selection of performances with students and blind people.  She regularly dances with various musicians, mixing live music and dance, such as Jean Marc Aeschimann, Thierry Hochsatter, Pierre Mancinellli, Lucille Chaubard & Frederic Folmer.

‘Bring dance to everyone. Everyone can Dance’