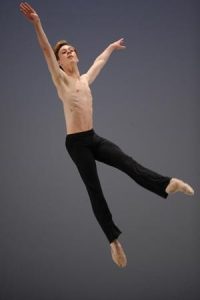 Message to the Prix de Lausanne candidates: Competing in the Prix de Lausanne is an experience unlike anything else. To be able to watch other extraordinarily talented dancers work and perform is, in my opinion, one of the greatest things a young dancer can witness. The opportunities that arise from this competition are unmatched by any other organization. There is no place in the world where an aspiring dancer can be seen by so many different companies at one time. Winning is not the biggest part of the Prix de Lausanne – learning is. And every day spent dancing during this competition is another day to learn a great deal about dance.