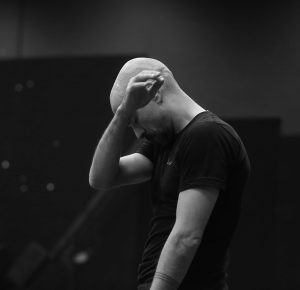 About the Choreographic Project

The initiative for this wonderful project came from Shelly Power.
Ideally it should serve both aims: making a piece that stands by itself and at the same time showing the young artists the process of a choreographic creation.
I am very fond of working with young talents who are mostly free of prior set ups, willing to appear in the open and to take their place.
It will be an exciting challenge for us to come together with the mutual goal to realize this project within a very restricted time frame.
I am very much looking forward to this unique experience.

Born in 1975 in Madrid, Spain. He was formed by Carmen Roche and completed his studies at the Royal Conservatory for Professional Dance in Madrid and the School of the National Ballet of Cuba. Among others he received the following awards as a dancer: Winner of the Prix Lausanne in 1994 and Gold Medal and Grand Prix at the International Ballet Competition of Luxembourg. Critics of Dance Europe Magazine nominated him Best Dancer of the season 2003/2004. Goyo Montero was Principal Dancer at the Deutsche Oper Berlin and soloist at the Oper Leipzig, Staatstheater Wiesbaden and the Royal Ballet of Flanders.

With season 2008/2009 Goyo Montero is ballet director and principal choreographer of Nuremberg Ballet.

In 2012 and 2017 Goyo Montero has been member of the jury at the Prix de Lausanne. From 2013 until 2016 his choreographies have been part of the contemporary repertoire of this competition. His creations became part of the Beijing International Ballet und Choreography Competition in 2017.

Among his awards: “Villa de Madrid” (2006); 1st award of the Iberoamerican Competition of Choreography (2006), Villanueva award by the UNEAC (Union of Writers, Critics and Artits of Cuba) and “Teatro de Madrid” (2006); “Best Italian production” by Danza&Danza for “Sleeping Beauty” (2008); Cultural Prize of the Chamber of Industry and Commerce of Middle Franconia (2009); Harlequin Award (2010); Premio Nacional de Danza by the Spanish Ministry of Culture (2011);  Bavarian Culture Award (2014).