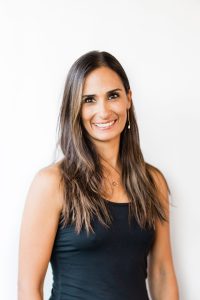 Cinthia Labaronne was born in Buenos Aires, Argentina. She received her ballet formation at the Colon Theatre’s Institute of Art in Buenos Aires. In 1990 she won the Revelation Award at the Varna Competiton and The Encouragement Award in 1992. At the age of 14, she started to work with the Ballet Argentino in Buenos Aires (Director: Julio Bocca) and two years after, she became a member of the Colon Theatre Ballet Company. In 1993, she was invited to Australia by Rudolf Nureyev to join the “Nureyev Farewell Tour”. In 1994, Maximiliano Guerra chose her to be his partner for his performances at the Theatre de Colon and the Municipal Theater in Buenos Aires. Soon after, she was selected by the choreographer Pierre Lacotte for the title role in his Ballet “La Sylphide” with Maximiliano Guerra as partner at the Colon Theater. At the age of 18, Pierre Lacotte invited her to join the Ballet National de Nancy as Principal Dancer. In 2011 Richard Wherlock invited her to join the Ballett Basel.

She has performed every major role in the classical repertoire and has toured extensively throughout Europe, South America and Cuba and has performed in some of the world’s greatest theaters such as the Theatre de Colon in Buenos Aires and the Bolshoi Theatre in Moscow, performed works of Lacotte, Bournonville, Petipa, Spada, Nureyev, Balanchine, Fokine, Kylian, Wherlock, Delente, Duboc, Pietragalla, Malandain, Redha, Brumachon, Cachulianau, Prejlocaj. In 2013, Cinthia joined the staff of Ballettschule Theater Basel and is teaching there classical ballet until today. Since 2015, she is coaching Richard Wherlock’s solos for the Prix de Lausanne.