During the jury deliberations on the finals, the audience can watch a short performance by former prize winners and dancers from our partner institutions.

This year, the Prix de Lausanne has the great honor to welcome the National Youth Ballet of Germany (Bundesjugendballet) and its Artistic Director Kevin Haigen for the first part of the interlude. The eight young dancers will perform an original creation of John Neumeier titled “John’s Dream”, gathering five short pieces:

Dancers of the National Youth Ballet of Germany
Pictures by Shelly Power, Prix de Lausanne Artistic Director, during her visit of the company on November 9th 2016.

Germany’s first ever National Youth Ballet was founded at the beginning of the 2011/2012 theatre season. The company consists of eight professional dancers aged 18 to 23, and began work in its new home at the Ballettzentrum Hamburg – John Neumeier.

With its own repertoire comprising mainly of works by young choreographers, the group will predominantly dance in new spaces – not theatres, but schools, museums, nursing homes and even prisons; spaces in which dance does not usually attract much interest. 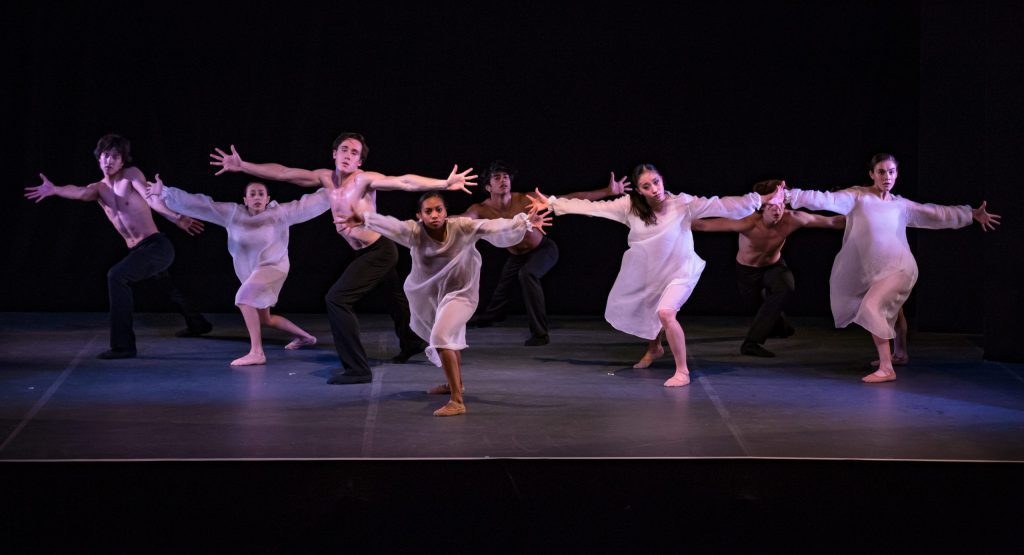 The National Youth Ballet aims to demonstrate that dance has a social relevance creating a spirit of community and a sense of unity, focussing especially on a young audience. The company has both national and international tours scheduled, hoping to bring people of different backgrounds and characters together through movement and creativity.

BJB-General director John Neumeier summarizes the alignment of the company as follows:

“With their own repertoire, which creatively reflects the feelings, awareness and ideas of the young generation, the youth company is an ideal mediator between youth culture, high art and the general public. It also has a valuable social aspect with a positive effect on the non-dance world. We want to tie in with the successes of other junior companies and further increase the awareness of dance as an art form within our society”