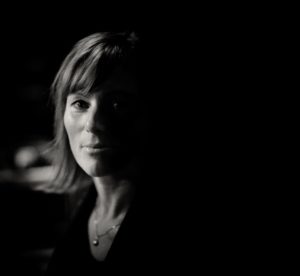 “For me personally, returning as a Jury member after 36 years, is a great honor. As a former candidate I have very fond memories about this competition. The Jury members of that time, especially Mr. John Neumeier, helped me to believe in my unique qualities as a dancer and throughout my further career it gave me self-confidence to continue and not give up in difficult times. A role that I also want to fulfill for the dancers of this generation.”

Later on, she worked in Switzerland with Valery Panov and danced many solo roles in his productions, such as Anastasia and Aglaya in The Idiot, Irina in Three sisters, Juliette in Romeo and Juliette, Cinderella, the Virgin in Rite of Spring and others…

In 1992 she became a soloist at the state Theater Wiesbaden in Germany and danced there till 1996 under the direction of Ben Van Cauwenbergh. He created for her the role of Juliet in his Romeo & Juliette production.

After her career she became the head of the International Ballet School BVC and Children and Youth coordinator for the Hessisches State Theater in Wiesbaden. She followed Vaganova-Advanced training courses with Ursula Borrmann and graduated as Master of Arts at The Folkwang University in Essen Germany. She was the Artistic children and Youth dance advisor at The Aalto Theater in Essen from 2008 till 2014. She was also a Ballet teacher and coach at the Gymnasium Essen-Werden.

Since 2014, she is the Artistic Director of the Royal Ballet School of Antwerp, Belgium.

Nadia Deferm is a frequently asked jury member at international Dance competitions and starting of September 2019 is the co-founder and Artistic Director of the new dance initiative, Junior Ballet Antwerp. A pre-professional company, specifically designed for young dancers who want to further strengthen their technical and artistic proficiency.