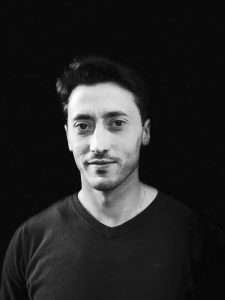 ❝ Back in 2002 Prix de Lausanne was my first international competition, which opened up the door to my career. As well as to many other dancers. It brings people together from all over the world to compete and share this incredible experience.

I am greatly honoured to be invited as Jury member and with great pleasure I will contribute my knowledge. To be a part of this wonderful event, to see the young dancers presenting their passion and artistry is rewarding experience. ❞

Arman Grigoryan studied from 1994 to 2001 in the Armenian Ballet School. From 2001 until 2002, he joined the Israel ballet. During those two years, he participated in the Prix de Lausanne. In 2002, he joined the Zurich junior Ballet and from 2004 he continued working in the main company. Three years later, in 2007, Arman was promoted to Principal Dancer and in season 2015-2016 he worked in the Staatsballet Berlin. He works at ZHdK with BA Contemporary Dance and at BTB as a Ballet and Pas de Deux Teacher.