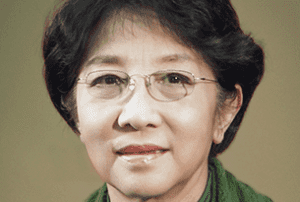 Under her leadership, the NBC attached great importance in creating ballets with Chinese Characters and staging various schools of ballet from the west. Her production for the company, Raise the Red Lantern has entertained the audience both national and abroad with sensational and typical glamour of China. Madam Zhao has also led the NBC on numerous international tours and she has been a constant member of juries of major international ballet competition. Since 2011 she has successfully organized the Beijing International Ballet and Choreography Competition. She received the Ordre des Arts et des Lettres from the French government in 2008.

I have three roles in my heart as my favorites. Two of them are from Swan Lake: Odette and Odile. The other one is WU Qionghua, a slave girl turned into a strong and brave woman, from a Chinese ballet called The Red Detachment of Women.

Who is your favorite choreographer?

What do you consider your greatest achievement?

When I was director of the National Ballet of China, two cross-border productions of Chinese Ballet were created under my direction: Raise the Red Lantern and The Peony Pavilion, both of which are repertoires of the company till now. And after I retired from there, I founded the Beijing International Ballet and Choreography Competition, held every two years in Beijing.

Can you tell a funny anecdote on stage at the beginning of your career?

I remember once I was on stage doing a Jeté entrelacé with my stomach facing down, I suddenly forgot what was next and banged heavily onto the floor.

When I was still dancing, the facilities in China for dancers were not as good. And getting injured was not a rare thing. So I was always cautious and afraid.

I hope candidates will not only focus on techniques but pay more attention to their artistry and creativity. 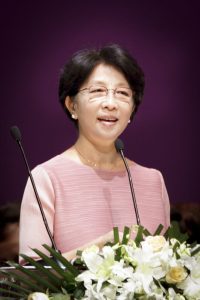