After an international career as a principal dancer, teacher and ballet master for Maurice Béjart (Béjart Ballet Lausanne) from 1986 to 2005, she opens her own successful private ballet school, company and filming company and becomes deeply involved with the Prix de Lausanne since 2006. She has been a member of the video preselection jury and the South American preselection jury. She produced the filming and live streaming, has been Production Manager from March 2017 and, from November 2017 to June 2018, the Associate Director of the Prix de Lausanne. She is currently Artistic & Executive Director of the competition.

Ms. Bradney aims to uphold the Prix de Lausanne’s mission of excellence : to reveal potential, provide access, promote scholastic education and enhance healthy habits for dance students on all continents. Looking forward, she is committed to expanding the competition worldwide, to scout new talent and to support dancers and reveal new opportunities for them well into their professional dance careers. 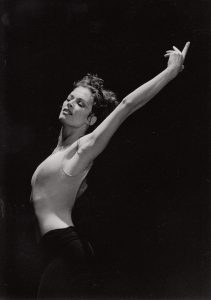 She was born in the USA and studied dance in New York where she graduated with honors.
Right away, she danced professionally with various companies such as the Pittsburgh Ballet Theatre (Balanchine repertory), the New York City Opera Company at Lincoln Center and, from 1986 until 2005, with the Béjart Ballet Lausanne, where she was a principal dancer performing internationally the Béjart masterpieces such as Bolero, Bhakti, Firebird, Ballet for Life, Hamlet, King Lear/Tempest, The Silk Road among many others.
In 2001, she also becomes Maurice Béjart’s assistant as the ballet mistress and main teacher for the Béjart Ballet Lausanne.
She is a guest teacher for the Stuttgart Ballet, Tokyo Ballet, Conservatoire Supérieur de Danse de Cergy-Pontoise in Paris, Ballet du Rhin, Tanz Akademie Zurich as well as giving master classes in Seoul, Beijing and Shanghai, Taipei,the Solothurn Dance Competition,the Migros Dance Competition in Zurich and at the Prix de Lausanne among others.
In 2001,she dances and acts in the movie «One Last Dance» with Patrick Swayze.
Since 2004, she is a choreographer for various galas from the opening ceremony of the International Harp Symposium in Lyon, the reopening of the Olympic Museum in Lausanne to creating many different choreographies that are performed by the Igokat Company. 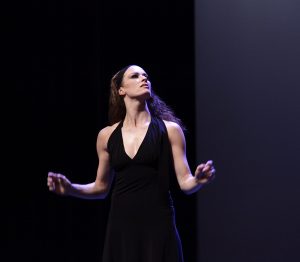 In 2006, she forms the Igokat Dance Academy and Dance Company in Lausanne with her husband Igor Piovano.
Since 2006, she is a jury member for the Prix de Lausanne’s video pre-selections, and in charge of the video trailers and blogs for the competition. In 2017, she becomes the Production Manager, she is then named the Associate Director and she is currently the Artistic & Executive Director of the Prix de Lausanne.

President of the Board, Stéphane Lagonico

Vice President of the Board, Dominique Fasel

Members of the Board

About us
Join us on
Newsletter
Latest news