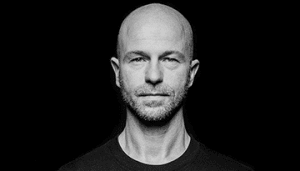 Tamas teaches the contemporary classes during the Prix de Lausanne (2015, 2016).

My solo in William Forsythe’s Enemy in the Figure

Staying healthy all through my dancing career and seeing much of the world.

My first performance of « The Second detail » was also my first tour with the Ballett Frankfurt. We were going to dance at the Stockholm Opera in front of the Royals and on the same day we’ve had a General rehearsal and a few hours later the Premiere.

When we got to the theatre I discovered that the stage was slanted at an angle like a small hill and I’ve never danced on a raked stage. My solo had some crazy attitude pirouettes that were really hard on a flat floor already. So I got nervous. As if this wasn’t enough, my former school director appeared, telling me he’ll be watching the show… so my stomach was getting very tight and I became very nervous… and then… during the general rehearsal, I realized that I have not yet seen the last section of the ballet I was about to perform, let alone learned it … or practiced it.

The finale of the piece was a complicated pattern of groups dancing through each other, very fast, each step calculated not to crash with someone else. We’ve never got to practice it in Frankfurt and it was nearly impossible to memorize it in less than an hour. I’ve had barely 40 minutes to learn it all and I never got to go through it with the others around me before the performance. All that… while a film crew was on the side of the stage filming a documentary about the company.

To say that I was sweating bullets is an understatement… I was… beyond nervous. For the show, my only instruction was from Miss Kathy Bennets our ballet mistress:  « Follow Pascal… and don’t hit anyone. »  … And somehow, by a miracle, the Premiere went without a mistake.

This was baptism by fire into the Frankfurt Ballett… Learn fast and keep your eyes open while you dance.

Not being able to get a job and having to give up on dancing.

Nureyev said to his dancers:  Respect the sense of a movement, do not interpret it. My own advice:  Practice not until you « get it right », but until you cannot get it « wrong ».  And most importantly, never lose your joy of dancing.