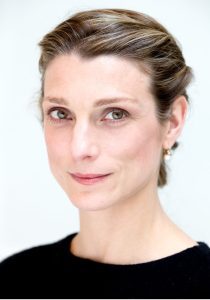 “I find it enriching to see the new generation of potential dancers. It’s also exciting to see the talent as saplings before they grow into mature artists. We would naturally become spectators to their exciting journeys.”

Spanish dancer Zenaida Yanowsky trained with Carmen Robles and Anatol Yanowsky at Centro Choreografico in Gran Canaria (Spain).
After winning a Silver medal at Varna in 1991 and being a finalist at the Prix de Lausanne 1992, she joined the Paris Opera Ballet. Further awards included Gold medals at the 1993 European Young Dancers Competition and Gold again in the 1994 Jackson International Ballet Competition.

Yanowsky joined the Royal Ballet as a First Artist in 1994 and was promoted to Principal in 2001. Her many roles include Odette/Odile (Swan Lake), Sylvia, Sugar Plum Fairy (Nutcracker), Marguerite (Marguerite and Armand), Manon, Natalia Petrovna (A Month in the Country) and Principal roles in Balanchine ballets and Robins. She’s created the roles of The Queen of Hearts (Alice’s Adventures in Wonderland) and Paulina (The Winter’s Tale) for Christopher Wheeldon. Also in Will Tuckett’s Elizabeth where she was awarded best dancer by the National Dance Critics Awards.

Yanowsky has danced in two short dance films, Duet and The Sandman, for Channel 4. She also features on the BBC’s drama documentary Riot at the Rite as the Chosen one. She filmed Leda and the Swan for Deloitte Ignite 14, that was also showed in the Grand opening of the Opera House’s renovation.
Zenaida is part of 52 portraits by Jonathan Burrows and Matteo Fargion for Sadler’s Wells featuring 52 artist/dancers.
She has collaborated with Claire Barclays and Will Tuckett on an installation in the Whitechapel Gallery, and danced in a short film directed by Tuckett for the Matisse Cut-Outs exhibition at Tate Modern.
She now teaches and coaches in numerous International Dance Companies.