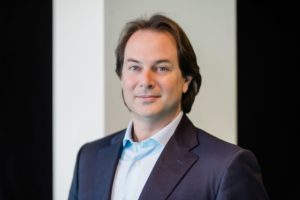 President of the Board, Fondation en faveur de l’Art Chorégraphique

Stéphane Lagonico is the current President of the Fondation en faveur de l’Art Chorégraphique‘s Board, the organizer of the Prix de Lausanne. He is the last Board member to be elected at the suggestion of Philippe Braunschweig: the Prix de Lausanne’s founder shared his ideas and legacy with Stéphane Lagonico during his first several years as a Board member, since 2004.

His love of dance was passed down to him from his parents, fervent ballet lovers, and as a child the Prix de Lausanne was a yearly event he enjoyed.

In 2014 he is elected President of the Board and decides to modernize the Prix and emphasize its year-round presence. During his first presidential term, Stéphane Lagonico focused on the development of the live streaming of the competition, the reinforcement of the social media presence, the first commercial/corporate partnerships, the reinstating of the relationship with the Paris Opera Ballet School and the welcoming of the Vaganova Academy, in St. Petersburg. He pursued many reforms thanks to a strong professionalization of the competition, first by hiring the first full-time Executive Director, implementing a new strategy for the foundation, opening a path towards the Far East, developing sponsorship, restructuring the Board, upholding the competition’s unity with five different Directors over several years. He was and is determined to maintain the focus of the competition on the candidate and his or her fulfilment – an approach recognized by the London Royal Ballet School’s Director, Christopher Powney. He has developed a second wave of innovations within budgetary objectives: the Lifetime Achievement Award, the Partner School Choreographic Project, the international Preselections and new workshops including local schools dance students.

With the new Artistic and Executive Director – Kathryn Bradney – they created together the Summer Intensive – European Preselection that will take place next July 2019 in Lausanne.

Since Philippe Braunschweig, the Prix de Lausanne has known its most active period of evolution and change under Stéphane Lagonico’s tenure. In 2018, he was re-elected for a second term.

Stéphane Lagonico is an attorney at law and partner with Bonnard Lawson, an international law firm. He has been servicing private clients for 20 years on family, estate and tax matters. He gained experience in the USA and Brussels and advises international families.

Stéphane Lagonico is very involved in non-profit organisations and is a board member for several associations and foundations of charitable and public interest such as « the Little Dreams Foundation »; he is a goodwill Ambassador of the Swiss Red Cross; the Founder and first Chair of STEP Lausanne. He holds a Masters Degree in Swiss law from the University of Lausanne and a Masters Degree in European Law from the University of Brussels.