Tetsuya Kumakawa who won the gold medal at the prix de Lausanne in 1989 and the former principal of the Royal Ballet embarked on forming a company that would be based in London but tour in Japan. 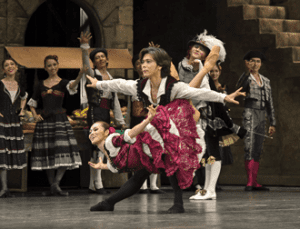 He produced his own versions of “Giselle”, “The Sleeping Beauty”, “Swan Lake”, “Coppelia”, “Don Quixote”, “ The Nutcracker”, “Le Corsaire” and “Romeo and Juliet”. In 2004, his performance in Ashton’s “Rhapsody” at the Metropolitan Opera House in New York was highly regarded. In January 2006, He also created “ Beethoven Symphony No.9”, “Wolfgang”, “Passing Voice” and “Solitude” In January 2006, perfomed Don Quixote at the Shanghai Grand Theatre. In 2006, K-BALLET COMPANY received the 5th Asahi Performing Arts Award for its performances of Don Quixote and The Nutcracker. In 2011, Kumakawa was also invited to be the Artistic Director for Bunkamura Orchard Hall, Tokyo. 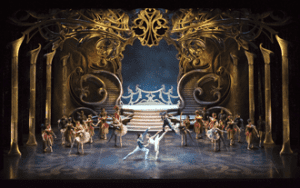 In 2013, He was awarded the medal of honour with purple ribbon from the government which are given for people who have made outstanding contributions in academic field and the arts.