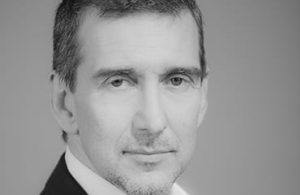 “I came to the Prix the Lausanne many times and I also had the chance to be President of the jury. It is a possibility for me to help the dancers and to give my point of view about dance and about the way I would love to see a dancer perform.”

“It is important for this competition to continue to grow up and change because this is a big opportunity for many students around the world. I thank the organisation for inviting me and also for organising a preselection in South America. It is a way to continue to learn and a chance to meet other jury members, Directors, teachers as well as seeing the new generation of dancers. I enjoy being there. I really appreciate it and hope it will continue for many more editions.”

We asked Julio Bocca some questions in 2016. In that time, he came in Lausanne as President of the jury…

For me it was to be on the stage, but if I have to choose one or two, it will be Romeo and Don Quijote.

Who is your favorite choreographer?

I had the chance to work we many, so I cannot say only one…

What do you consider your greatest achievement?

Make the ballet very popular in Argentina and have the chance to dance all over the world and with the best dancers… and give my heart all the time.

The first time I danced on stage: I was 4 and I danced with my pacifier… And also when I won the gold medal at the Moscow international dance competition I fell down on stage… hahahah!

Not to enjoy my dance…

Dance with your heart and don’t come to compete. We miss artists on stage…

Julio Bocca was born in Buenos Aires, Argentina. He began his studies at the age of four under his mother’s guidance. In 1974, he was accepted as a member of the Institute Superior of Art at the Teatro Colón, in Buenos Aires, Argentina. He entered the company of Ballet of Camera of the Teatro Colón in 1981 and a year later danced as Soloist in a ballet directed by Flemming Flindt.

Julio Bocca’s professional career began in 1982 as Principal Dancer with the Teresa Carreño Foundation in Venezuela and a year later at the Teatro Municipal in Río de Janeiro, Brazil. In 1983 and until 2016, he was appointed member of the Ballet Estable of the Teatro Colón. In 1985, he won the Gold Medal at the Fifth International Ballet Competition in Moscow. The following year, he began his twenty-year tenure with the American Ballet Theatre as principal dancer (1986-2006). His farewell was on June 22nd, 2006 dancing De Grieux in Manon.

In 1990, he founded his own dance company, Ballet Argentino, and toured throughout the world. In Argentina, Julio Bocca has performed in outdoor venues and football stadiums, attracting thousands of people. He has also performed at Luna Park – a 5,000-seat venue – over 140 times. In 1998, he founded the Musical Theater School with choreographer and director Ricky Pashkus.

His definitive retirement from dance was made in Buenos Aires, Argentina, on December 22, 2007, next to the emblematic obelisk in the city in front of over 300,000 people.

At the beginning of 2010 he was invited by the American Ballet Theatre as coach for soloists and principal dancers of the Company. When he returned to Montevideo, Uruguay, where he was living from a year ago, the President of that country, Mr. José Mujica, offered him the Artistic Direction of the National Ballet Sodre where he took office in June 2010.

Julio Bocca is the Cultural Ambassador for the Mercosur and a member of the International Dance Council CID París – UNESCO. He has been jury of  many competitions and still is called to be in most of them; apart from Benois de la Danse and Roma Award in Italy, he was invited by Barcelona competition since the first time, and competitions from Moscow, China, Korea, the Youth America Grand Prix, President for Prix of Lausanne, Sinaloa Dance Competition in Culiacán, México where he had a chat with dancers as well as gave them a master class, and when his activities allow him he is President of the Julio Bocca Competition, created by the Argentine Council of Dance of Buenos Aires in 2010 and continue in tell 2017. After 7 years directing the National Ballet from Uruguay, he retired in December 2017.

Knight of the Orden of San Martín de Tours – Argentina, 1987.

King David Prize of the Argentine House in Jerusalem – Israel, 1996.

Illustrious Citizen, appointed by the Legislature of Buenos Aires – Argentina, 2007.

Equinoccio Cultural, awarded by the Embassy of Spain in Buenos Aires, for his career and contribution to the world of dance – Argentina, 2008.

Gold Medal in the Arts, granted by the International Committee of Arts of Kennedy Center, for his achievements and dedication in the cultural exchange between Argentina and the United States of America – Argentina, 2008.

Certificate of Honor of the dance, granted by the Council International of Dance – UNESCO – for his career – 2008.

Tribute from the American Ballet Theatre in the “Latin Night” – United States, 2008.

Juan Bravo Prize, in Segovia, for the performance of the Ballet Argentino, under his direction, as best show of dance – Spain, 2009.

Latin American Prize at the Ballet Gala in Asunción – Paraguay, 2009.

Ambassador Ibero-American of the Culture, awarded in Cádiz by the House of Latin America – Spain, 2012.

The Italianness award, granted by the Embassy of Italy – Argentina, 2012.

Culture Award for his career “400 years” of the National University of Córdoba – Argentina, 2014.

Award “Ibera_e” in the performing arts, awarded by the Ibero-American Television – 2014.

In 2015 the President of Uruguay, Mr. Tabaré Vázquez, handed him the Delmira Agustini Medal for his contribution to the art and culture of the country as well for his career with the National Ballet of Uruguay.

At the same ceremony, the Ambassador of France in Uruguay, Mr. Sylvain Itté, gave him the appointment of Knight of the Order of Arts and Letters, on behalf of the Government of France.