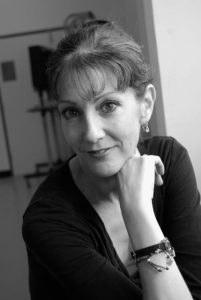 Cynthia Harvey’s style marked her as one of ballet’s most versatile and valued artists. Miss Harvey danced virtually every ballerina role with American Ballet Theatre and also had the distinction of being invited by Sir Anthony Dowell to be a principal of the Royal Ballet. Harvey performed as guest artist with Baryshnikov and Company, Nureyev and Friends and numerous companies before retiring in 1995.

A prominent freelance teacher worldwide, Miss Harvey taught the ladies at the Prix de Lausanne in 2009 and 2010, and has recently formed her own foundation, En Avant, to mentor and provide master coaching for dancers. She will be the president of the 2015 Prix de Lausanne Jury.

I loved dancing the ballets attributed to Marius Petipa, but there are many who move me now. Alexei Ratmansky, Christopher Wheeldon, Goyo Montero, David Dawson, Chrstian Spuck, Michael Corder, Jiri Bubenicek are amongst those I admire.

Within the ballet, as a dancer, it would have to be the fact that honest, hard work enabled me to become a principal dancer with both American Ballet Theatre and The Royal Ballet. Currently, it would be the formation of my foundation to help and mentor dancers. Outside of ballet, I’ve raised a very decent young man, though not interested in ballet; he is a good person with a great sense of humour.

When dancing the Peasant Pas de Deux from Giselle with American Ballet Theatre on an outdoor stage at the Cour Carrée du Louvre in Paris, a wind blew Giselle’s house down in the middle of a promenade. The audience began to laugh and my partner and I did all we could to contain our amusement as well.

My greatest fear as a young dancer was that I would not ameliorate. The thought of hitting a plateau and not improving actually kept me up at night.

Use your physicality to an expressive end and not simply to show off ability.