What is your best memory of the 1994 Prix de Lausanne?

Breakfast at the hotel:)   Joking !  The whole experience was amazing as it was the first time ever that I set my foot out side of China.

What was your greatest fear during the 1994 Prix de Lausanne?

The stage! It was and I think it is still raked! I did not know where I was when I danced on the stage for the first time, as again it was the first time I was on a raked stage.

Too many I think. But the best one has to be when I left my warm up slippers in the middle of the stage!  The slippers were the same color as the floor, and there were a lot things happening on the stage, so no one noticed :)

Don’t worry too much about wining or losing ! That’s not what ballet is about! Just try to be the best you can be and learn from the experience . Have fun ! Try to enjoy the moment on stage and go with your emotions in that moment! That is when the magic happens! 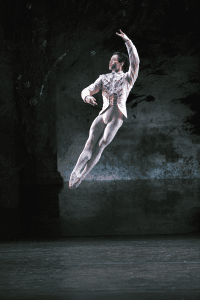 The Nutcracker – Chi Cao as the Prince – ©Steve Hanson 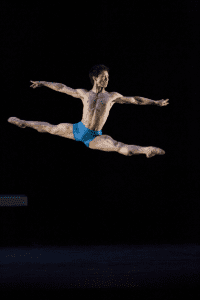